Opalton is the largest and richest Queensland Opal deposit known.

1887 – George Cragg, head stockman on Warranbool Downs discovered Precious Opal on the eastern flat of Sandy Creek, the site later becoming known as Opalton. He was told by Station Manager at the time – “Don’t waste your time, throw it away, its valueless”.

1888 – George Cragg, aged 18 discovers Opal on the southern side of Horse Creek. He quit his job and registered the Cragg Mine, becoming the first Opal Mine and first full-time Opal Miner in North Queensland and the Winton Shire.

June 1894 – George McLennan, 19, station hand on Fermoy Station began first mine on what became the ‘Brillant Claim’ at Opalton. Very quickly the field developed as it became renowned for its enormous volume and quality of its opal. Everything possible was done by local graziers to discourage the development of the field. The Winton newspaper at the time run by the gentry, refused to report the discovery and very little of its later development.

November 1895 – Opalton was named by the Postal Department. It had been originally called the Fermoy Opal Field but confusion with Opal mines 30 km away on Fermoy station caused the name change.

November 1895 – Police barracks opened at Opalton, their presence was short and turbulent, closing down six years later on 14 September 1901. Famously continually hounding miners working without a licence and turning a blind eye to sly grog merchants. The Miners had formed a committee early 1895 to ban alcohol and gambling on the field.

June 1896 – the population has exceeded 600 people with an influx of miners, wives and children.

1896 – the largest opal in the world was found. It was an opalised tree trunk over 3 meters long and 30cm round – mined near Conway’s workings at Opalton.

Water shortages made conditions difficult when Sandy Creek dried up with water then carted from Bluebush 10kms away. Because of water issues the field had a large turnover of population in dry periods and the federation drought at the turn of the century caused its demise.

1902 – The population of Opalton was reduced to 35 people, all still living and working there at the height of the drought.

The Opalton Hotel closed with the start of WW1 and the industry declined to virtually nothing for the next fifty years.

Late 1960’s – Three Opal Miners (Arno Grotjahn, Walter Linek and Albert Reiss) moved to Opalton and started mining. It was not long, and others soon followed.

Early 1970’s – Peter Russell, Vince Evert and Ron McKenzie were next to set up camp in Opalton and start mining.

1993 – four Opalton miners pooled their resources and built the Opalton Outpost and petitioned for the mail run to be extended from Weona Station to Opalton. The first phone services were introduced to the field and Opalton got a public phone box installed.

1995 – The Opalton dam and Opalton ‘Bush Park’ were built as a community project initiated by Patrick Stemm and Col Duff after meeting with Longreach CES and Longreach Rapid board. It was funded by the state development in conjunction with a work for the dole project. It was one of the few successful work for the dole community projects at the time with all participants turning up for the life of the project (six months).

On completion of Bush Park, it was handed over to the Opalton Progress Association by the Winton Shire Council and has successfully operated and progressively grown since its establishment in 1995 with the ongoing work of the Opalton community and the Queensland Boulder Opal Association.

The lure of opal has not diminished, with many miners living in Opalton and the surrounding region. Tourist numbers are increasing dramatically each year, and their desire for knowledge of Opalton and opal mining is unrelenting.

“Well of course, since the early 1970’s many a good patch of opal has been mined….” Ron McKenzie 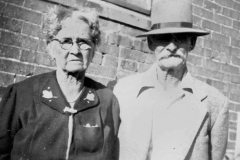 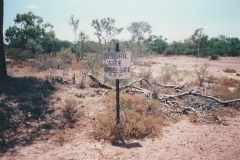 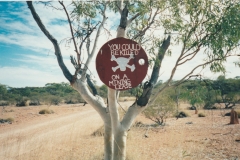 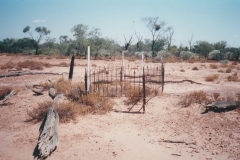 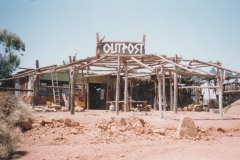 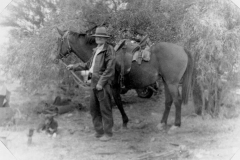 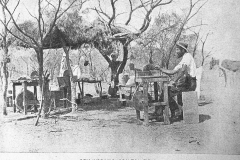 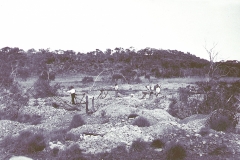 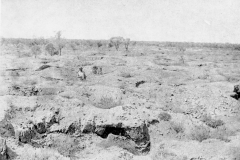 A memorial to Opal Miners in Eromanga…..Opal Wall in the middle of town…..no fence…no security 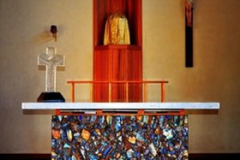 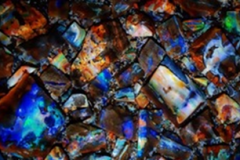